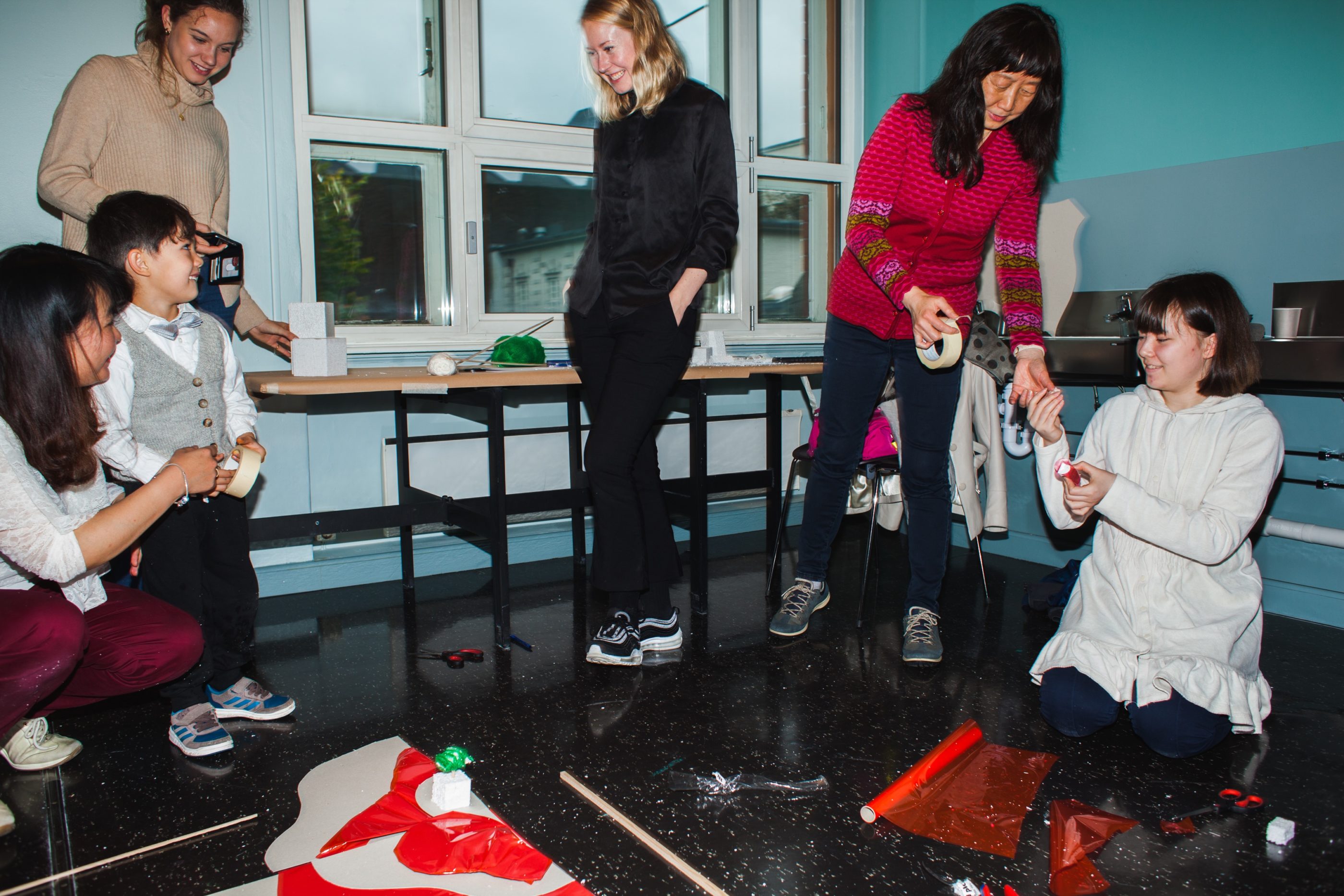 The diversity of space created discussions about ‘human scale’. How do inviting different parts of the space make us feel and why? Each group came up with possible interventions to improve these places.

Following the visits and discussions, the team held hands-on design workshops at the KODE Art Museum to put these ideas into form. Participants used a ‘three-dimensional canvas’ (two walls and a floor) within the museum in which they were encouraged to build, destroy and alter as part of a joint installation.

The results reflected the diversity of the spaces visited and the emotional responses evoked by the discussions. One group used abstraction to represent and place important public characteristics including water, nature and wildlife. A second group focused more on the architectural elements of a space creating exaggerated building elements (like the iconic cobblestones of Torgallmeningen), used to create a hierarchy of public space through formal gestures like orientation and material articulation. The third group used the walls themselves to project a plan of the streets with buildings made out of Styrofoam and wrapped with different coloured threads - this was done to visually represent the different characteristics of each of the buildings and spaces they were inspired by.

The groups presented their work and reflected on how the workshop drew their attention to aspects of architecture and public space they often took for granted. The participants, the museum, and the entire Design Disco Bergen team are looking forward to a new series of workshops in the Spring 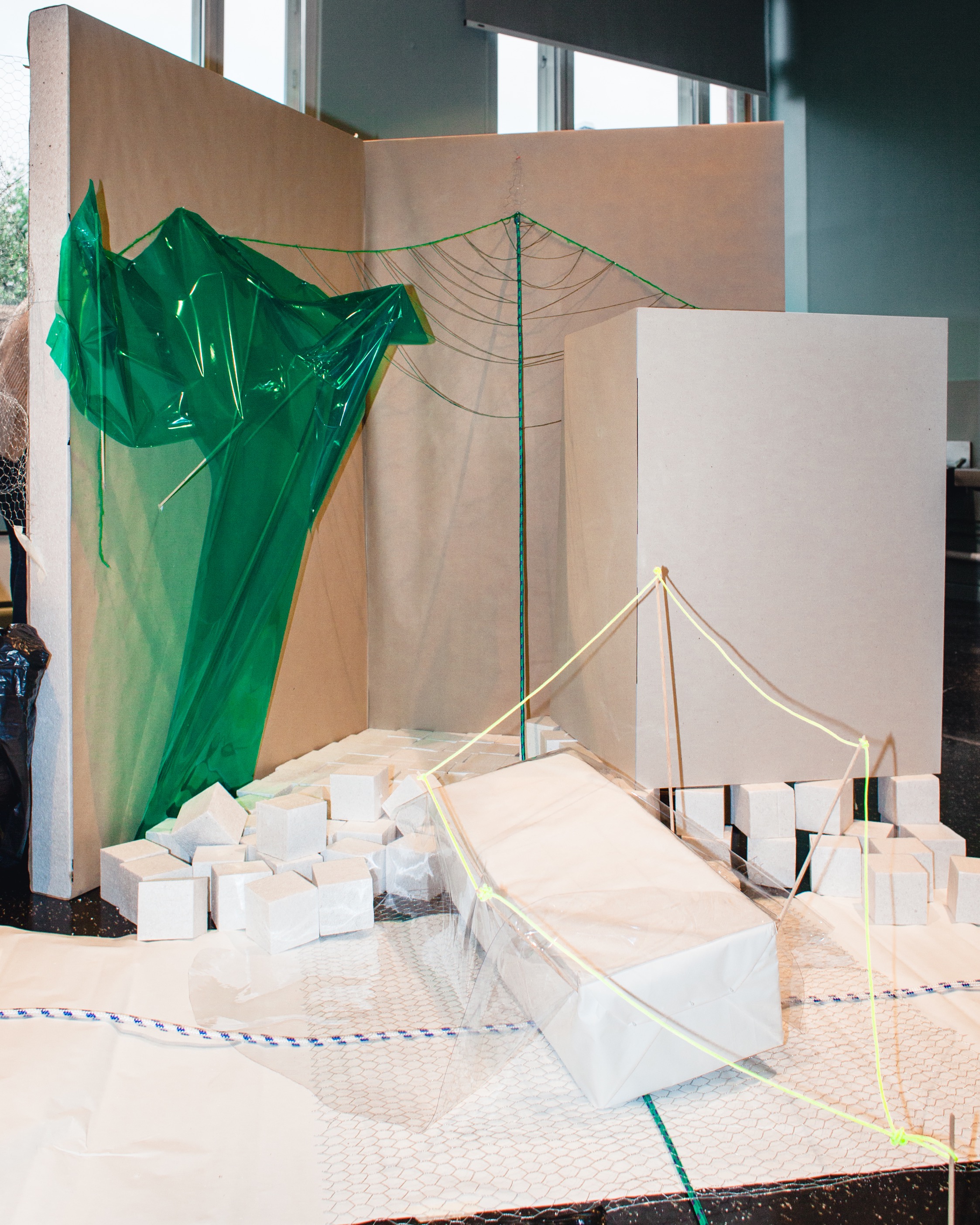 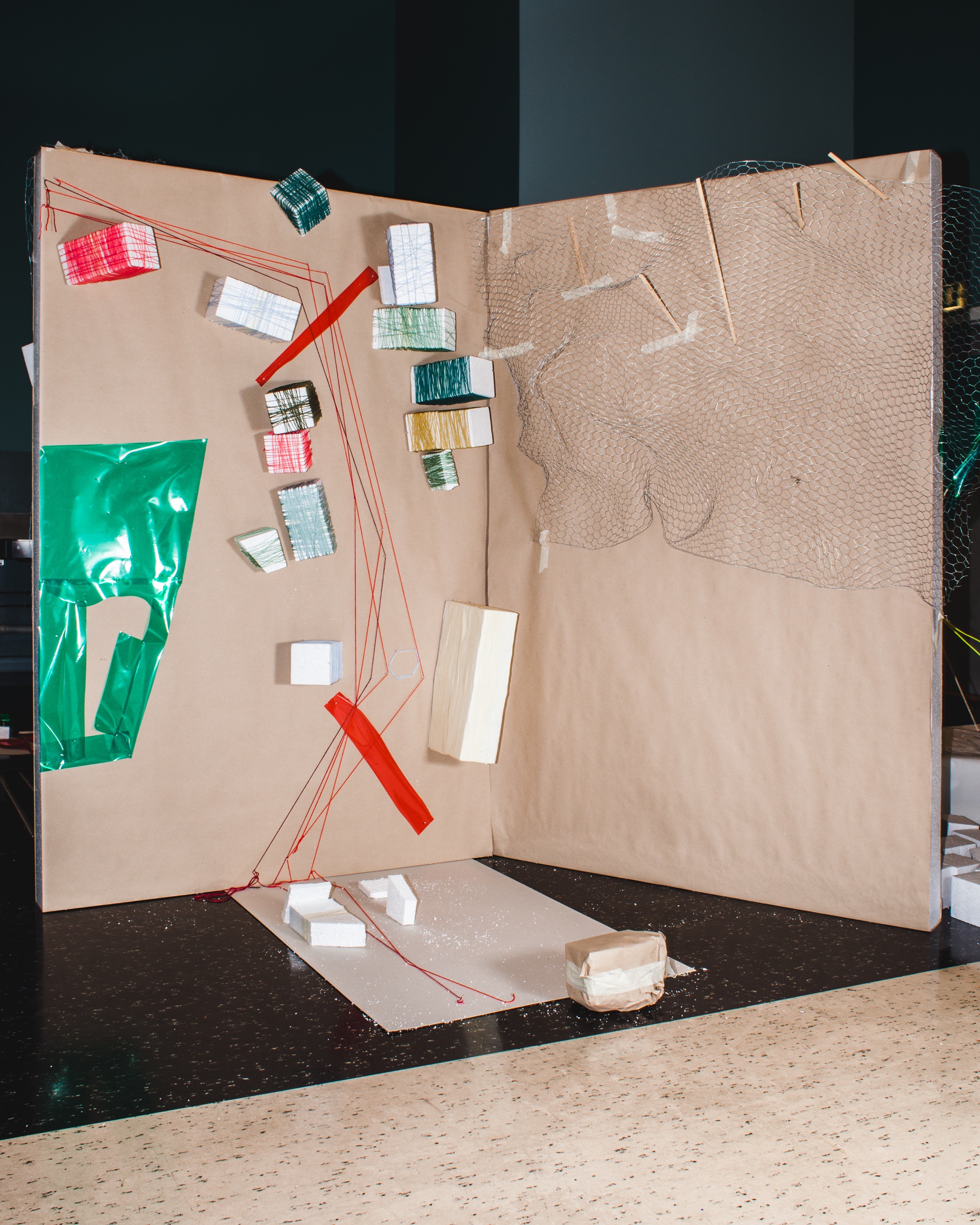 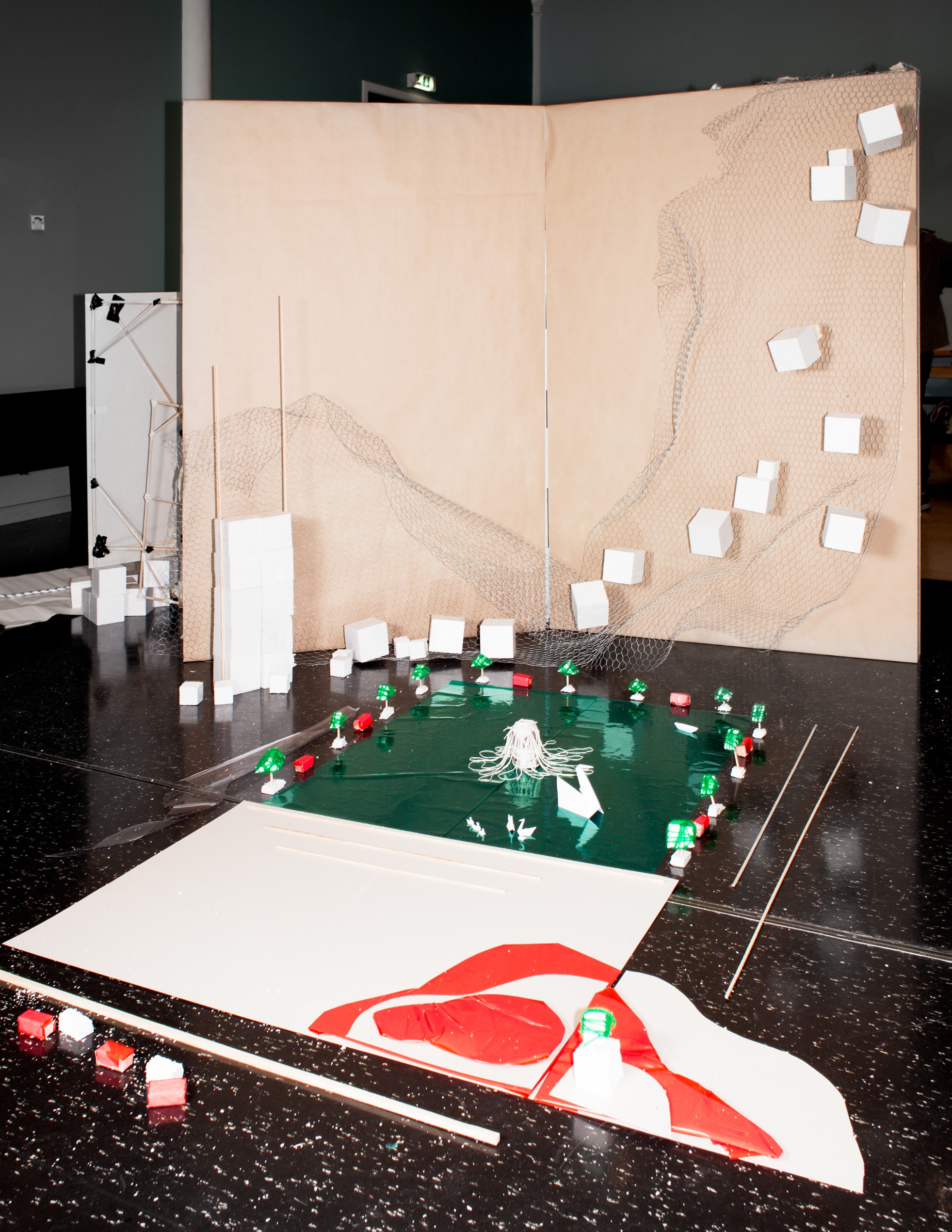 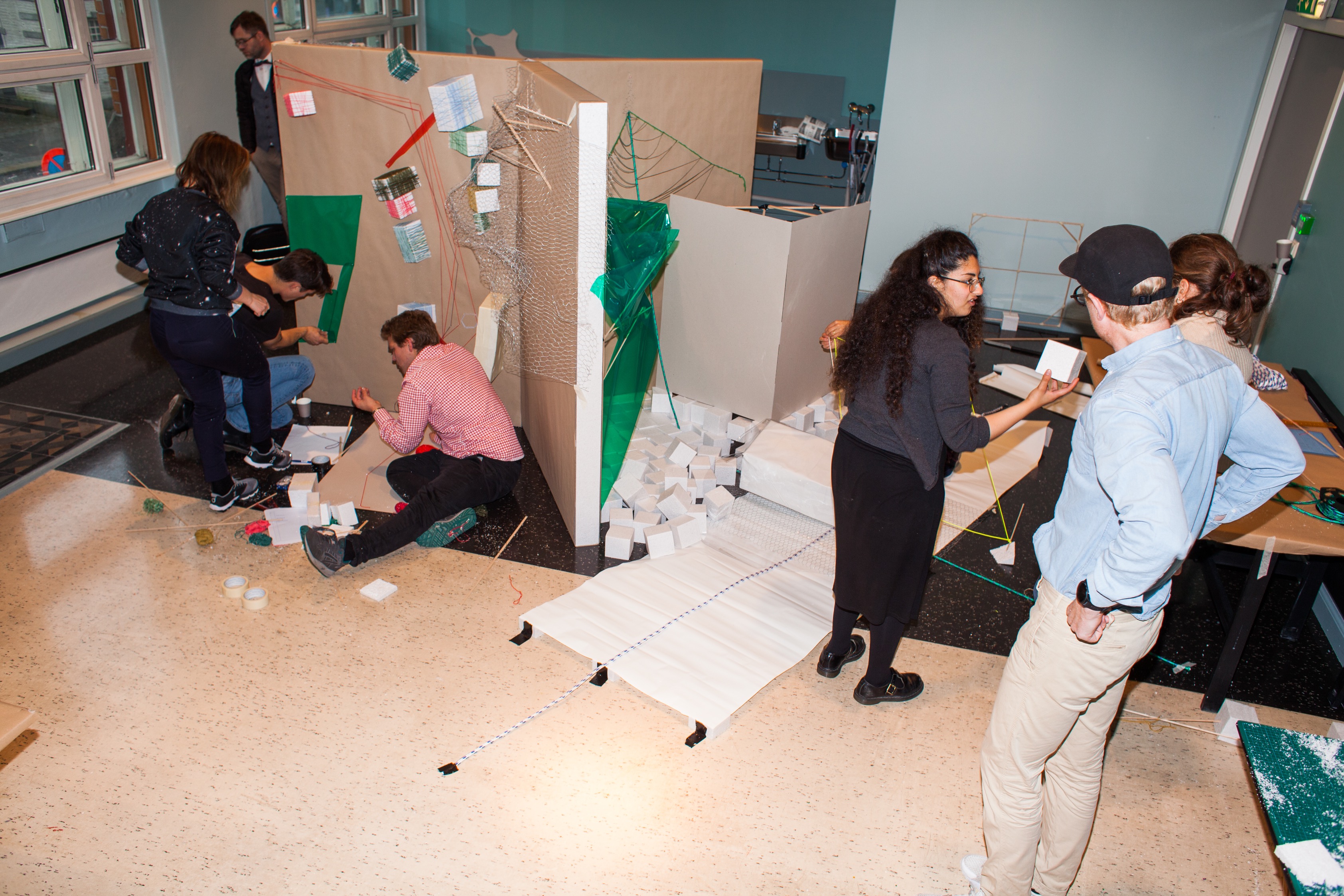 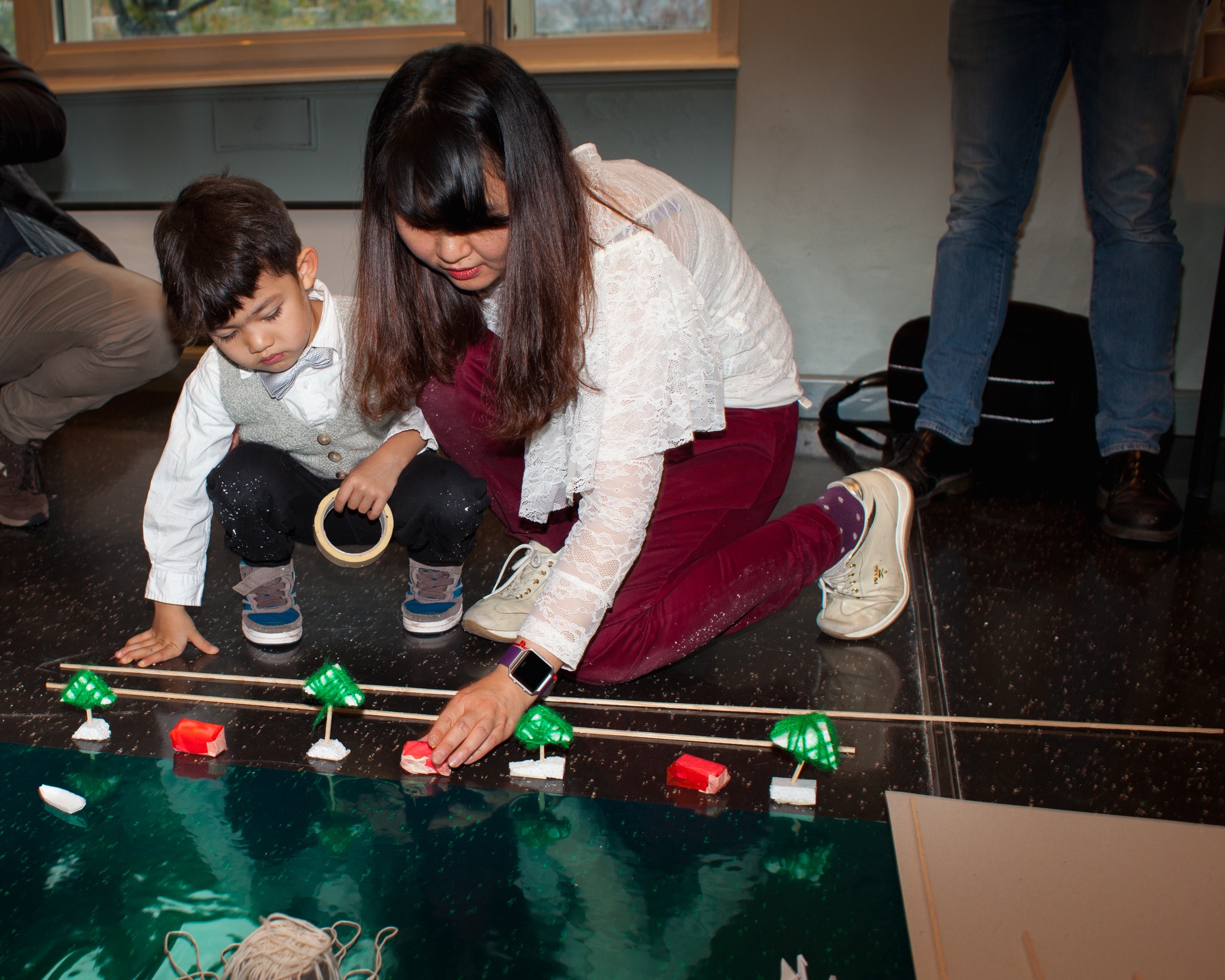 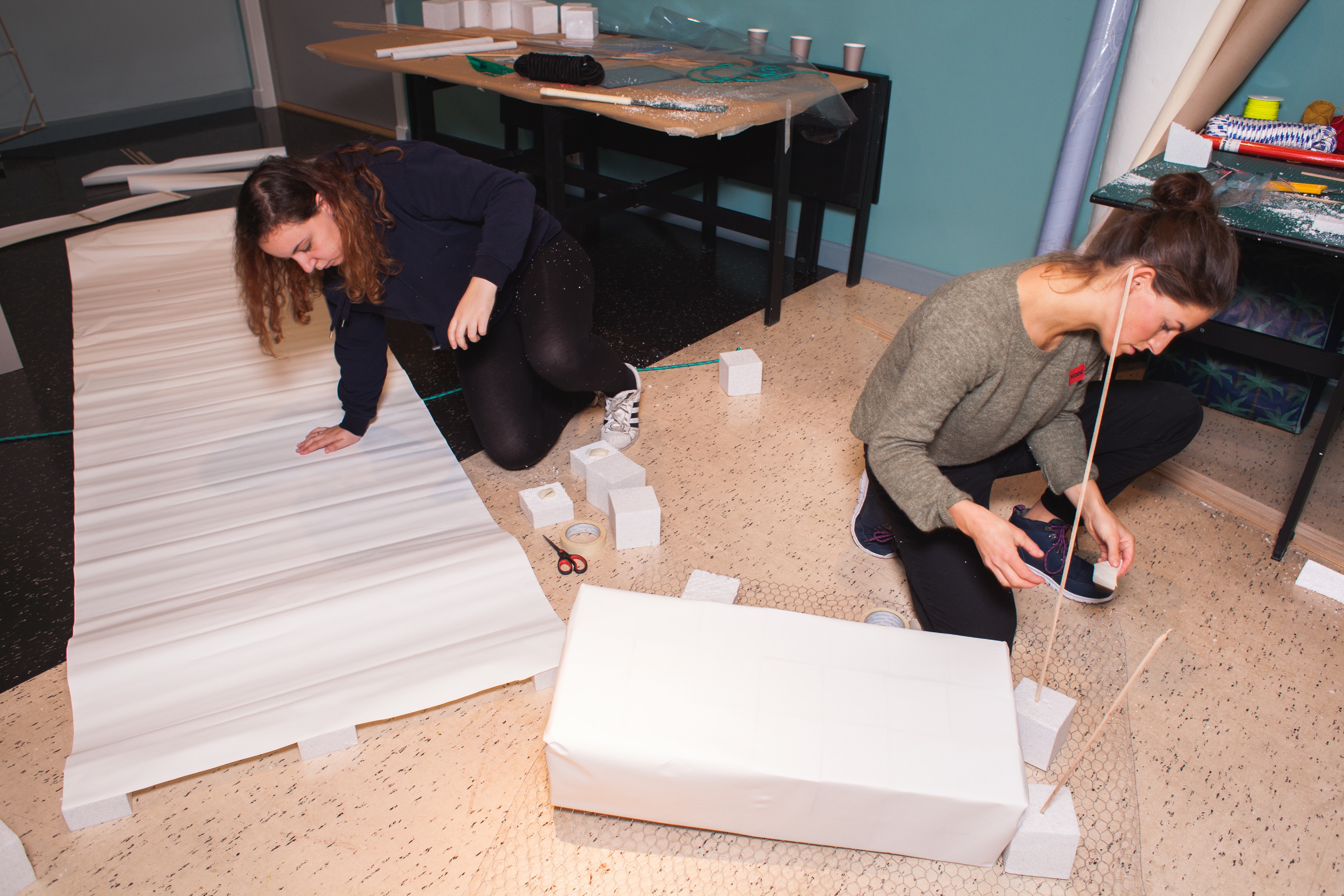 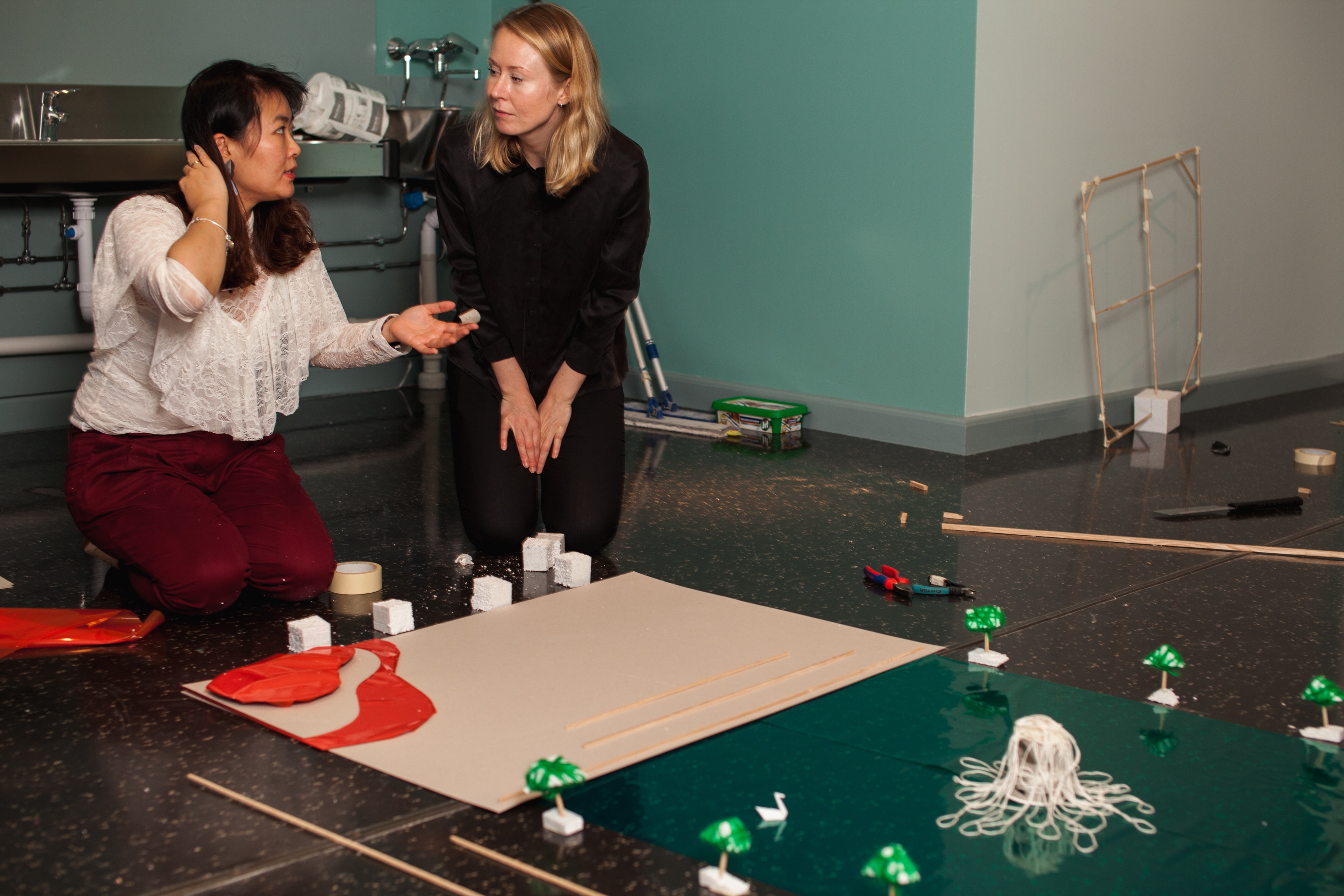 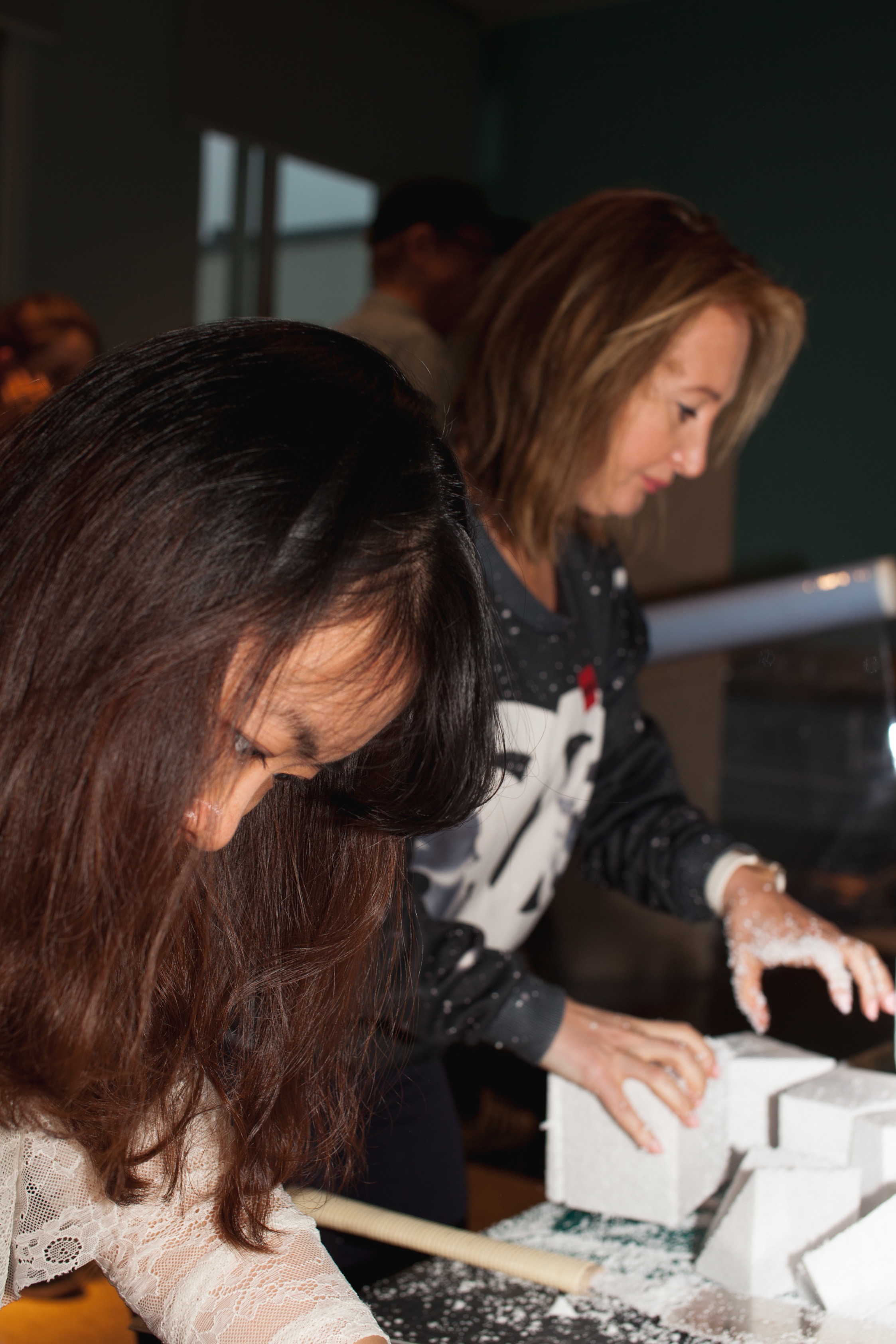 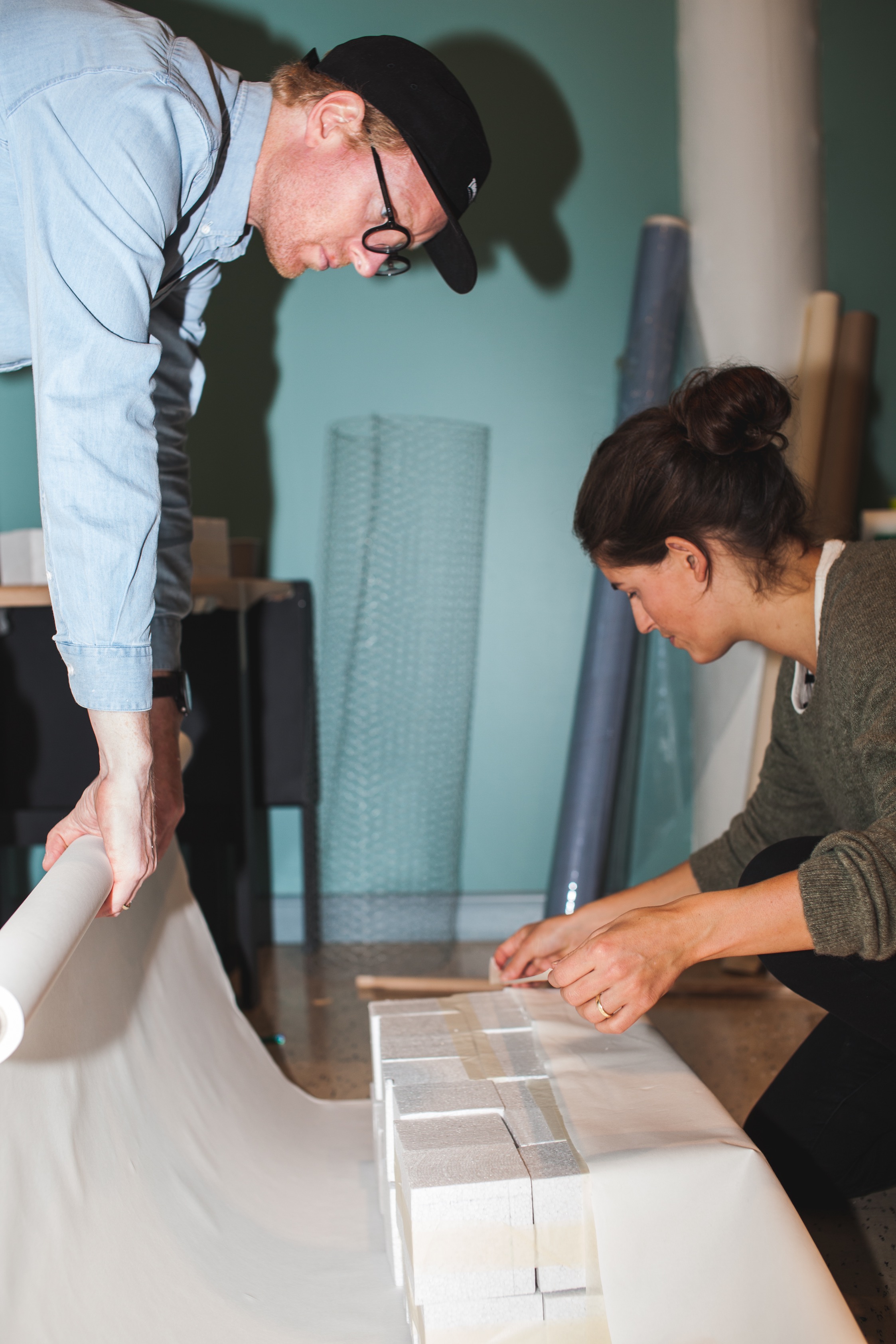 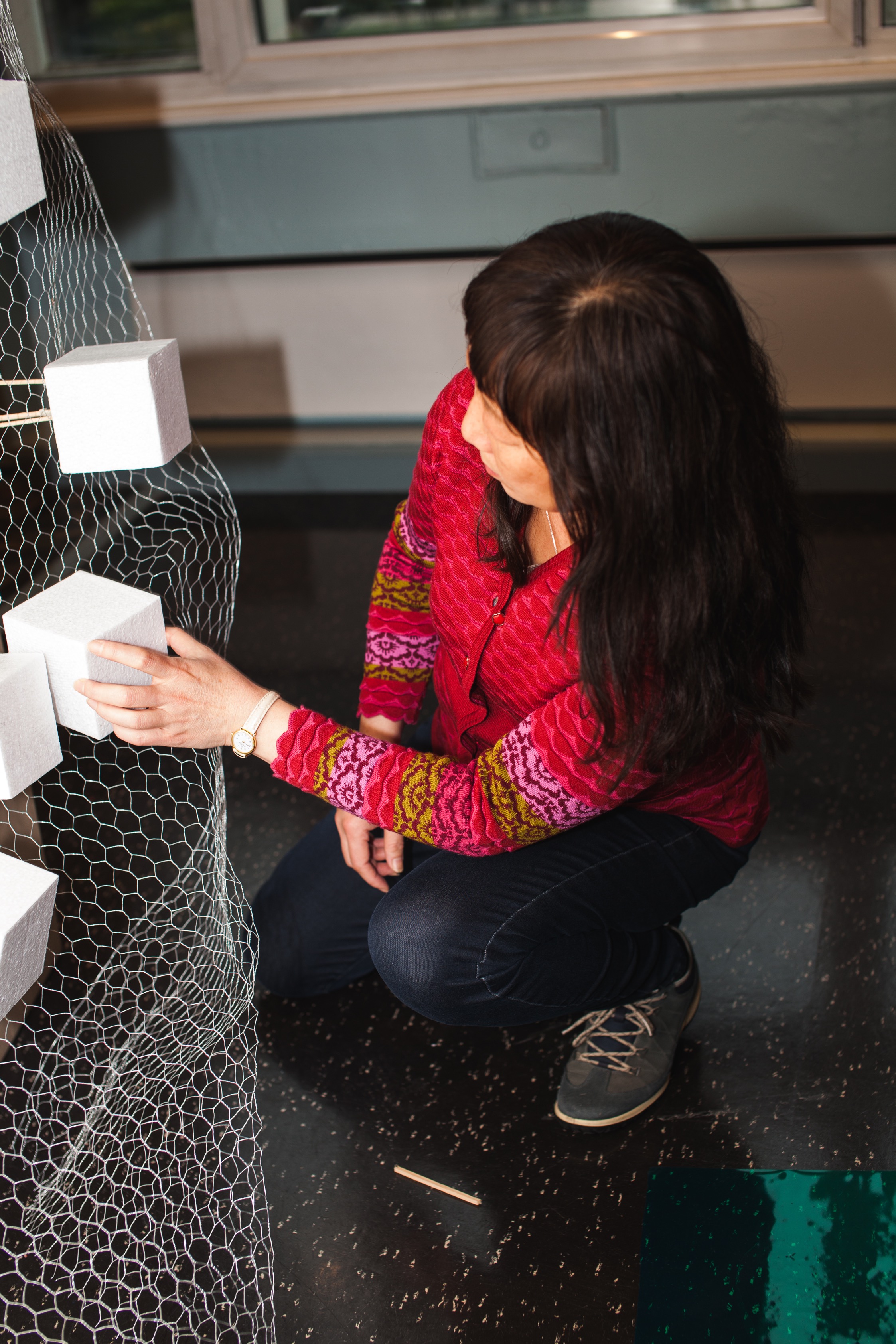 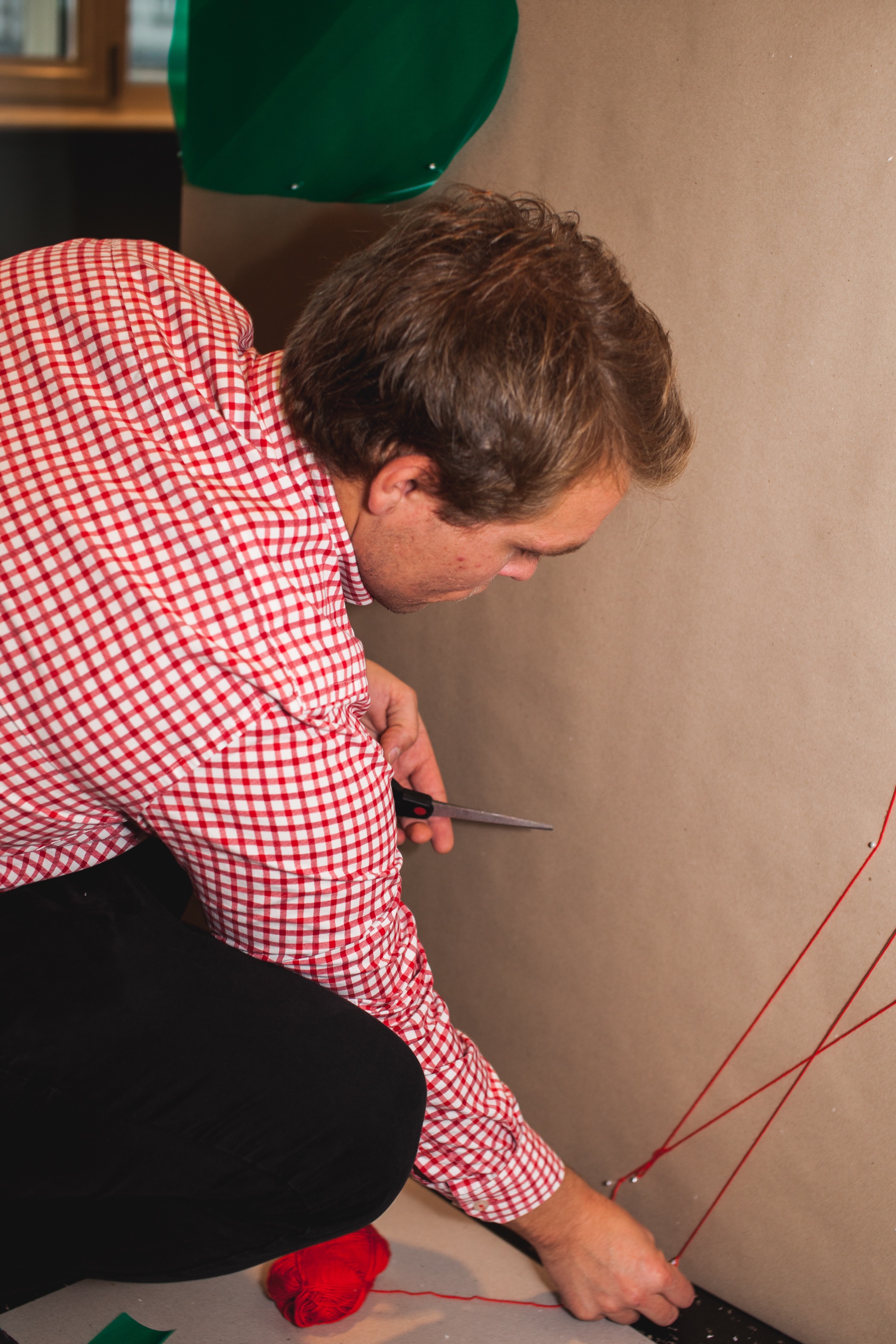 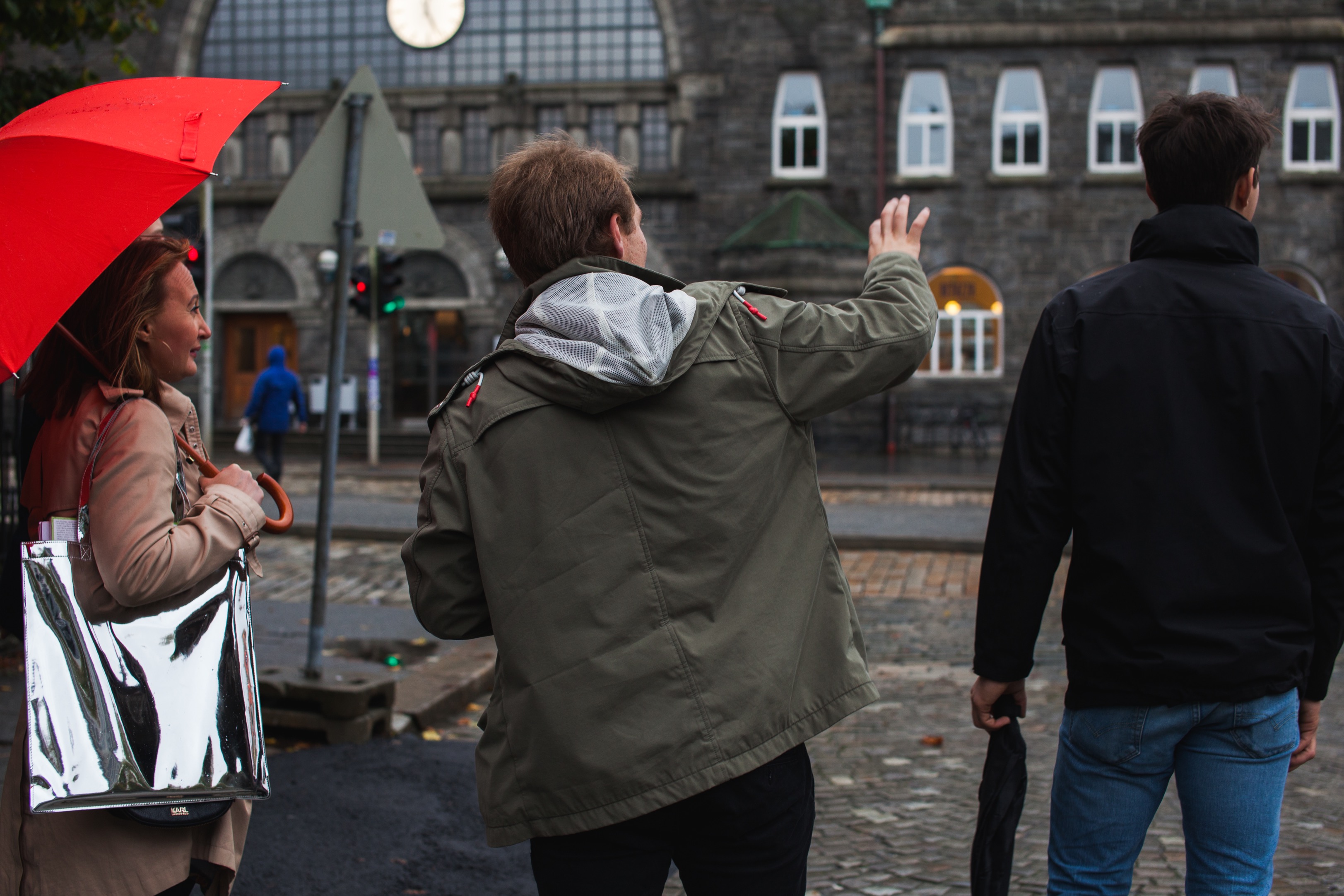