Q&A with Jason Nam, founder and director of Design Disco

Design Disco's co-founder and director Jason Nam talks with Youth Time magazine about why this initiative was started as well as how to apply the pedagogy of design in your own life. Click here to read the full interview. 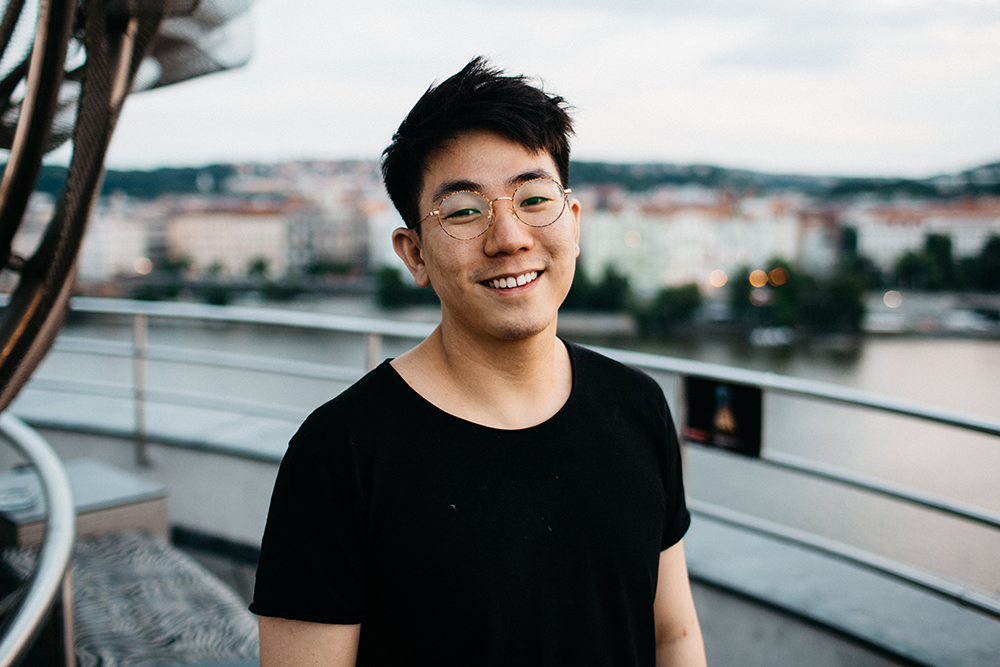 Design Disco's co-founder and director Jason Nam talks with Youth Time magazine about why this initiative was started as well as how to apply the pedagogy of design in your own life. Click here to read the full interview.

Hi Jason, could you introduce yourself and explain to us your fascination for design?

My fascination for design came about through my mixed cultural background and transnational experiences: I was born in Korea, grew up in the Czech Republic, and studied in the US and China. Because I moved from one city to another about every two years, I had to learn to adapt quickly, constantly scanning for similarities and differences wherever I went. The visual world of design was something that did not require me to master a new language or cultural behavior. You can learn so much by examining an object, for example. Both forks and chopsticks serve the function of eating utensils, yet the design is completely different. Why is that? It may be a silly question, but within that question unfolds the history of that particular culture. Those are the two things I love. I love design and I love people. Design Disco encompasses both.

What made you and your co-founder(s) decide to initiate the non-profit Design Disco?

When I was in high school, I knew that I had to – or rather should – go to college, but I didn't know what I wanted to study. I had a few interests here and there, but none of it was really fine-tuned. That's when I found out about Project Link, a summer career discovery program at the Harvard Graduate School of Design. It was through this program that I was exposed to the world of architecture and design. I had known that those careers existed, but never did I think that I was capable of pursuing it. I enjoyed the program so much that I decided to apply for architecture school, and a few years later, I went back to volunteer as a Teaching Assistant. The concept of Design Disco began when I met my friend and co-founder Ben James, after I had just returned from working at Project Link. Both Ben and I had studied internationally, so we both readily agreed on there being a big difference in the design education system and approach in Europe. Not long after talking about the idea of incorporating a more experiential pedagogy to give youth more access to design education, we started our first workshop. I am here today because of a program very much like Design Disco, which helped me to discover my passion and my career path.

Could you tell us a bit more about what Design Disco does?

We get a lot of people thinking we run a disco, but the “disco” actually stands for “discovery”, and that’s what Design Disco is: a platform for people to discover design. It seeks to bridge the public with the design world, because the latter can often have an unapproachable and exclusive tone to it. To accomplish this mission, we try to pique people’s interest in various ways, through workshops, lectures, blog posts, and field trips. We cater specifically to high school students who are preparing for higher education or a career in whatever chosen field. We believe that the skills learned through design education are useful for everyone - after all, we live in a world that we help design and create.

Why is it necessary to stimulate the creativity of the young and their interest in design?

The question a designer consistently asks is, “How can I improve something?” Design isn’t just about making pretty things, but trying to push the limits of what already exists. This is the exact approach we want to use with our students as well. The creative process incorporates diverse problem solving methods including unconventional ones, communication, teamwork, and visual skills. We at Design Disco want people to see the world through the window of design. I say “through the window of design” rather than “as a designer,” because our goal isn’t to make everyone into designers. We need people to become lawyers and we need people to become programmers; however, seeing the world through the window of design means that you will apply the pedagogy of design to your life, to your profession.

Do you have any direct advice for people who would like to develop their design sensitivity and creativity?

Come to Design Disco! Joking aside, I would encourage people to expose themselves to as many creative people and things; whether it’s checking out a gallery nearby, reading interesting articles online, or befriending a person outside of your typical social circle. That’s why we actually started running a ‘Discover’ blog section on our website: to bring the topic of design to the general public in an easy, understandable way. Creativity oozes out the more you go out to see and experience.